All packed and ready for the off – Bromptons at the ready and hopefully everything packed that we’ll need for a fun weekend in foreign territory! Even the roof rack is in use.

And then the heavens opened – and boy did it rain!

Undeterred we reached our soggy destination and set up camp.

Happily things had dried out a bit

The following morning was dry and we set off to cycle the Monsal trail. We were rewarded half way by a fab café at the disused railway station – to be highly recommended. 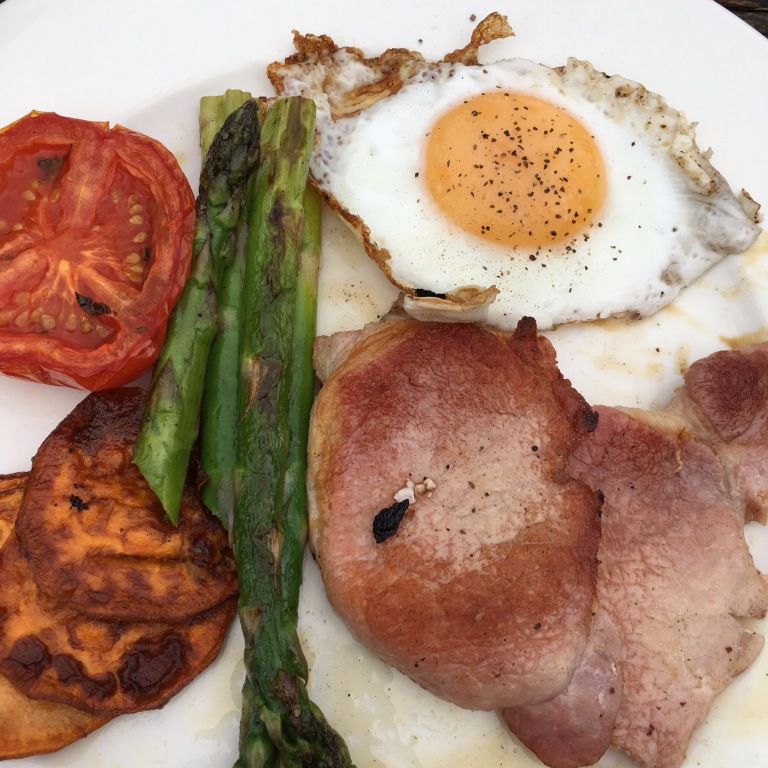 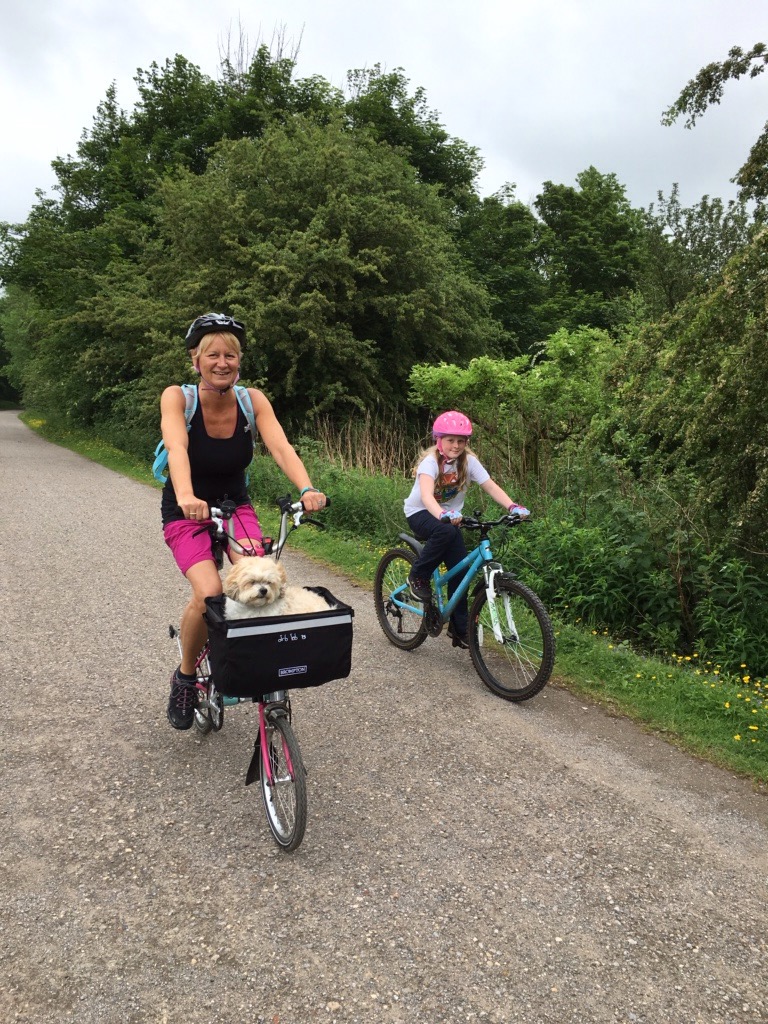 This was Millie’s first time in the bike basket and I wasn’t sure how she or I would manage. But, all was well.

People started drinking quite early – is all I will say!

Other than bottoms up! 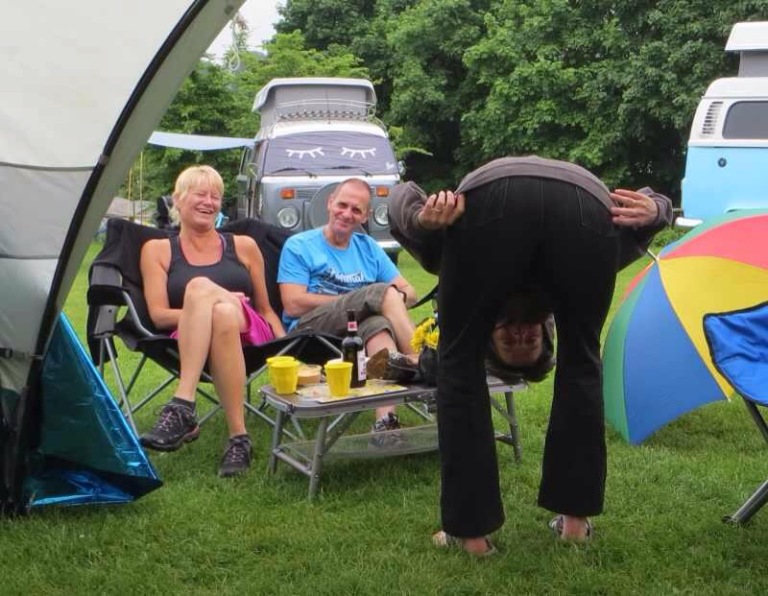 Night-time fell and all was quiet! Well almost

Some of the lovely brazibays that were present

Sunday saw the pack up in a bit of drizzle before – such concentration! 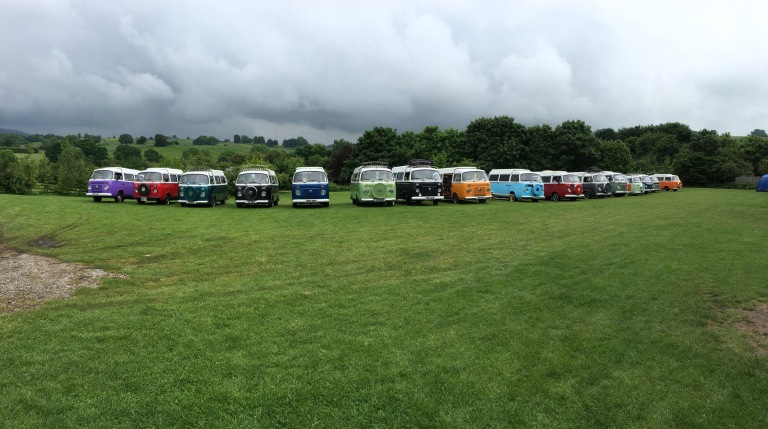 A great line up of lovely colourful vans before we set off for the tramway museum.

Some people are saying I’m taking this colour co-ordination thing a step too far!

The greys and the greens were marshalled up the hill 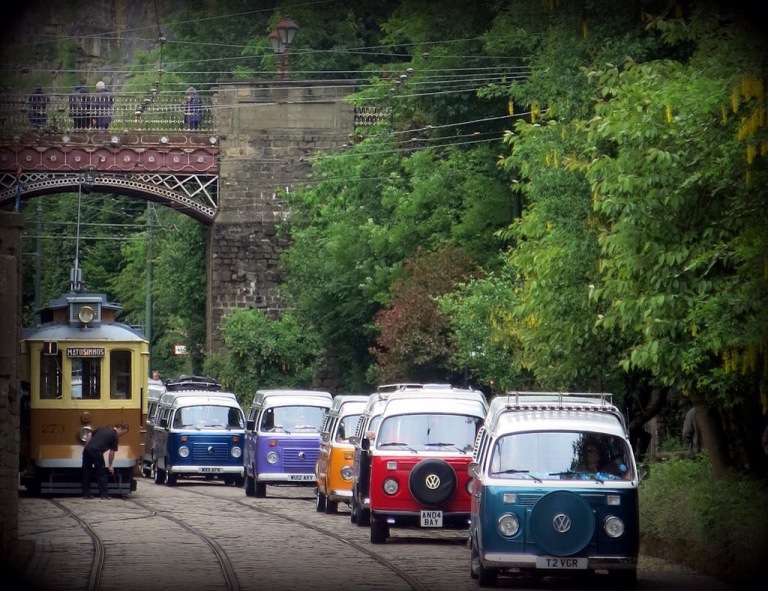